The annual report on the Information Society in Spain 2013 was presented today, showing the inexorable growth of demand for ICT services

It’s a fact that every day we become more dependent on smartphones. We use them to manage our social networks, as a camera, to check email, bank accounts, the weather, the time, etc. According to the report The Information Society in Spain 2013 presented this morning by Fundación Telefónica, we check our phones to fill “micromoments”, periods of time that before were to a certain extent wasted: while walking, waiting for the metro, waiting in line at the cinema, etc.

This report highlights both the evolution in the adoption of new technologies by users, as well as the most significant technological milestones achieved in Spain in the last year.

José María Álvarez Pallete, Telefónica’s Chief Operating Officer, wanted to underline how important technology is in a country’s economy, with GDP growth directly proportional to the impact and use of technological devices in society.

But the expansion of the Information Society requires networks that support these services, and to do that, different telecommunications companies share the investment in infrastructure. Since 2005, the bill has totalled 40 billion euros, with Telefónica covering 40% of that.

Emilio Gilolmo, executive vice-president of Fundación Telefónica, revealed the realities, trends and megatrends that 2013 left behind, which include the proliferation of smartphones to a total of 26 million in Spain. But how are we using them?

Of the 25 million users who access the internet through their mobiles, 19 million do so daily and “intensively” as a result of three aspects: to take advantage of the aforementioned “micromoments», the “right-now effect» and the expansion of wearables, the  internet of things  and pervasive computing.

The Information Society has also changed the world of education. Digitisation and personalisation have changed how it is used, and learning alternatives such as MOOCs have been very well received. One example of the success of online education platforms is Miríada, which offers 58 courses and attracted 180,000 registered students in the first enrollment. Also, the pilot programme  ‘Extended School Plan: Digital Backpack’ is aimed at digitising education by creating a neutral node for the integration of services and access to digital content, which will facilitate access to the curricular materials of schoolchildren, and will reduce the cost for families by around 75%.

To cap off the presentation, the Minister for Industry, José Manuel Soria emphasised the enormous impact of ICTs on productivity, competitiveness and employment levels, stating that digitised SMEs produce 10% more, export 50% more and generate 50% more jobs than companies that are not yet digitised.

You can see the presentation on slideshare here:

Editor’s note: We’ve corrected the erroneous figure of the more than 150 times that we check our smartphones, as explained in the blog  Malaprensa. Thanks to user @gallir for bringing it to our attention. 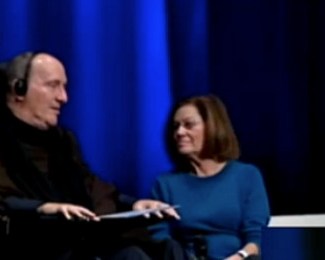