Learning to programme is the future of primary education

Learning to programme is the future of primary education

In the not too distant future children will have to learn a new language in the classroom that isn´t English, German or Mandarin Chinese. In fact, they will have to familiarise themselves with several programming languages in order to ensure that their education is not in any way hindered by the pace at which the digital society is advancing. Information technology (IT) is becoming such an omnipresent factor that the education system has no choice but to incorporate it into its curriculum.

Up until now IT has been taught in schools from the user’s point of view. Kids are taught the basic concepts of using a computer, something which most of them have already learned at home, and productivity programmes such as Word or Excel. The fundamental use and handling of browsers and some web tools are more than sufficient for rounding off the syllabus as far as technology is concerned. However, new needs are being created by the sheer pace at which everything to do with the Internet, and programming in general, advances.

Teaching pupils to be users is no longer enough , rather it is increasingly more important and useful for them to learn to be creators. The schoolchildren of today have the opportunity to look at technology from a viewpoint that is more in-depth than that of the vast majority of people. And given the fact that computer chips haven´t stopped spreading to all kinds of objects – everything from refrigerators and irrigation sensors to wristwatches and spectacles– it seems easy to predict that programming will be a more than useful skill in the future, not only in order to get a good job or meet certain qualifications for a position , but also as a tool for everyday life.

A number of places have already started teaching programming at an early age and as  general class subject. Among the most noteworthy of these is Estonia, whose society is one of the most digitally integrated anywhere in the world. Its electronic administration is so advanced that practically every process can be carried out over the Internet, and seamlessly so. The country is a veritable goldmine of start-ups, some of which have gone on to be worldwide success stories, such as Skype. 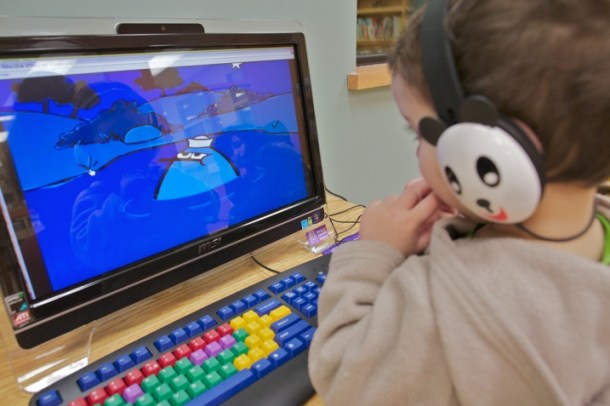 And it goes without saying that education is no exception. Estonia has already approved a plan for teaching programming in schools within the primary education system. Teachers are currently receiving training regarding how the subject should be approached and which skills and knowledge to impart, while the last few months have been spent preparing the teaching materials. Classes are planned to begin at the onset of the next academic year with an initial course that will be progressively expanded. For the time being this is nothing more than a pilot programme limited to a select group of schools, but the plan is to gradually extend it to all of the country’s educational centres.

Projects aimed at teaching pupils the secrets of programming from a young age also exist in other countries, although most of these focus on secondary education. Israel and Finland, which are incorporating this subject into their school systems, are two that stand out from the crowd. The UK is also paying attention to this new  side of educational. There is a current initiative that involves extracurricular software development learning, with the aim being to incorporate 25% of primary schools into the plan by 2014.

Learning to program goes beyond expanding a child’s job opportunities and moulding them from an early age in order to adapt them to the job market. In the USA a number of the most influential figures of Silicon Valley, including Mark Zukerberg and Bill Gates, lent their support to a campaign aimed at expanding this learning process  under the auspices of the Code.org project.

Above all, the campaign targets the lowest age group and those who can take decisions on their education. A number of topics are demystified and the qualities offered by knowing how the software development process works are emphasised as being a way of involving oneself in everyday life, particularly as far as working is concerned, in the future. Having said this, the overall message is still extremely work oriented. There are other benefits that a child can obtain from programming.

Learning how to break a general program down into other smaller and more easily approachable ones or how to locate errors and repetitions are some of the skills which drive the programming process. What is more, mathematics become a necessity, a tool for achieving a purpose that makes more sense than the numerical outcome of a multiplication exercise. The same occurs with geometry, and in this way not only the understanding of these disciplines is developed in its own right, but the interest in them is too.

Creativity is driven by the challenge to develop a program that not only works, but is also different from others that already exist. The development of an abstract and computational thought is one of the results generated by programming a game, according to Belén Palop, Professor of Computer Sciences at Valladolid University, who also points to the stimulation of verbal and teamwork skills as other benefits that come from programming.

The tools used by the children generally cost nothing at all as they are free software, such as that developed by the MIT, Scratch, which enables the creation of simple animations. By way of a series of basic instructions users can configure their own scenario and eventually create a video game.

Scratch is perhaps the most popular tool, but there are others designed to achieve the same objective. App Inventor came out of the MIT with the same purpose in mind, only in this case targeting tablets and smartphones. Microsoft has created its own program, Kodu which, like those mentioned above, follows a visual line for presenting the results.

With respect to hardware, finding the resources is sometimes a struggle. Firstly, the investment required to provide each child (even if they share) in a class with a computer or laptop is enough to put most schools off. However, an additional factor is that robotics complements programming  perfectly and this significantly raises the price of teaching the material.

Artificial intelligence is a field in which programming results can be seen first hand. The fascination caused by writing a command in a computer and then watching a piece of physical apparatus follow it further stimulates learning. At present there are a number of initiatives designed to foster learning about and research into robotics, such as the projects that use Lego blocks like Lego WeDo.

10 basic applications for using a tablet for work

I suffer from phantom vibration syndrome, but I’m OK.