Open-ended contracts and good pay, professional development opportunities, telecommuting and other measures to reconcile work and family life, health insurance or a pension plan, subsidized English language classes, facilities that sometimes look more like an amusement park than a workplace with tropical gardens, slides to go down from one storey to another, relaxation rooms, table tennis and even a swimming pool and barbecue. Transparency and fluent communications or the golden dream of not having bosses. All of this counts when a company is chosen as the best place to work.

But there is a quid pro quo. At the other end of the scales are companies with motivated, highly committed workers offering better customer service who make growth possible even in times of crisis. Indeed, it has been proven that a happy employee is also more productive and efficient.

There is no single formula for achieving it and, in the end, it is a matter of attitude, but let’s look at some curious examples.

Gore-Tex, although practically unknown in Spain, it is one of the 200 largest private companies in the world and one of the best places to work in many countries. For 13 consecutive years Gore-Tex has been on the annual list of the top Fortune 100; four years ago, it was named by the Sunday Times of London as «Best Company to Work For» in the UK and has also held places of honour in Germany and Italy.

Its appeal lies – pay attention! – in the absence of bosses. Since its founding in 1958 the firm has been a team-based organization with a horizontal structure that encourages personal initiative. There are no organization charts, chains of command nor predetermined channels of communication. There is a certain hierarchy, but the leaders are chosen by their own workmates and emerge naturally by demonstrating knowledge, skills or special experiences.

A different is example is Google, which leads the Fortune Magazine ranking of Best Companies to work for in America. Its success among employees is due in large part to its commitment to a playful and inspiring workspace – almost a Disneyland for adults, which helps reduce stress and promotes positivity and creativity

Another option is Infojobs, the company with less than 250 employees which is the best place to work in Spain, according to Great Place to Work . This firm wields the ‘happiness thermometer’ as its magic wand. The Human Resources department has developed a list of 10 commandments, summarized in one: «The employee is the centre of the company.» They consider that, in the same way that business performance is measured, the degree of satisfaction of the employees within the organization must likewise be measured because a company cannot function without the initiative or talent of those who work there.

More and more companies want to be happy companies, and there are even some that have begun searching for a new profile: The happiness CEO And it’s no joke. A little over a year ago, the online edition of The Times ran this ad: «Wanted. A manager who brings happiness and the conviction that you can motivate people without money.» The position, with a salary of 80,000 pounds a year, was to work on a project, the Happiness Movement, in the Centre for Economic Performance at the London School of Economics. This figure is now beginning to emerge in many companies. Courses like Designing Happiness at the Graduate Business School of Stanford University sees its coveted 80 seats filled year after year.

Concepts such as ‘toxic leadership’, ‘emotional absenteeism’, ‘stress factors that cause unhappy environments’ … are also becoming more frequent. It maybe that happiness is overrated –as a comedian might say– but the truth is that, once its relationship with productivity has been established, is sought after like the philosopher’s stone.

Kjerulf Alexander, author of the best-seller “The Happy Hour is from 9 to 5” speaks of three levels for creating a happy company. Setting up table football, table-tennis and serving free coffee and food pertains to the stimulus level. A good working environment, fair wages and basic labour guarantees are at the basic security level. But there would still be an intermediate level, called the choice level, which is the most difficult to achieve. The thing is that, in the workplace, as in life, people have to decide to be happy; nobody can force them to be happy.

The consultant Joan Elias, who has been an executive in large companies and has written a book titled «In Search of Lovework» holds that the employee has to leave the home already motivated. And you have to agree with him … but it is nonetheless true that the company –thinking of its own benefit, as well– can and must create a motivating environment, a work environment compatible with smiling.

Some environments are more conducive than others to this feeling of well-being, as shown by Croatian psychologist Mihaly Csikszentmihalyi, author of «Flow», a psychology of happiness.

To succeed in the market and convey «good vibes» to clients, we need passionate people who enjoy their work, want to be the best at what they do, and to feel comfortable and safe trying new things.

Unfortunately, in our country right now, the first requirement for being happy at work is to have a job at all, and millions of people do not have one at present.

If you do have one, however, can we speak of happiness at work? The Coca-Cola Institute of Happiness conducted a macro survey on this in 2008 and some of the conclusions drawn are that, to be happy at work, there are two key points: one, to feel useful and see that what you do is related to your training and interests, and another, getting recognition from bosses and peers.

It should not be that complicated. The usual for a healthy environment: good leadership styles, emotional intelligence, empathy … But in the end, «happiness is an exercise in maturity», says Esther Sanchez, Professor of Labour Law at ESADE. It is also clear that the company of the future is, in a word, happy. 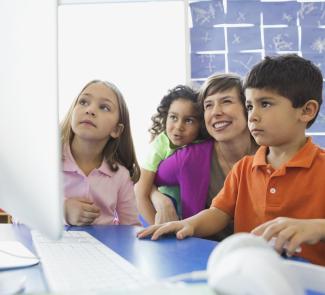 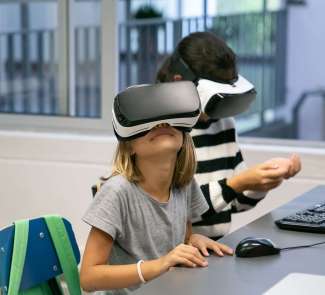 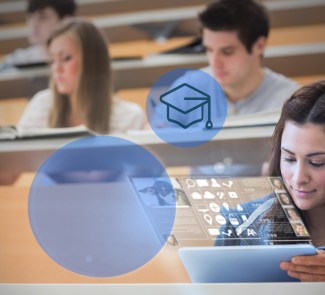 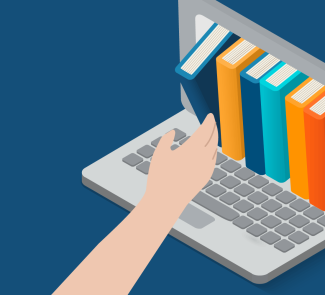