Smartwatches have long been doing the rounds on blogs and technology sites on the Internet, at times with greater insistence coinciding with their stellar role in an edition of the CES or some rumour about Apple’s supposed prototype, and  other times with less. These devices, which can give the impression of being merely speculative, though still awaiting a commercial blessing from Apple, are already on the market.

They don’t have a huge sales volume and have not received a flurry of publicity in the media, but the first smartwatches are already on sale, and some of them have been for long enough to have released a second version of the hardware. Although the market will definitely not take full notice until Apple wants it to –the brand is capable of trendsetting like no other in terms of gadgets– there are several models on the market and they can be purchased over the Web

Pebble, an electronic ink watch for the whole week

This smartwatch is one of those projects that are posted on Kickstarter and achieve funding that exceeds all expectations and in less time than expected. A first version, called inPulse, launched in 2010, linked with the BlackBerry handsets. Evolution has looked towards iOS and Android. Pebble lets you control smartphone functions through an application that synchronizes your devices.

The screen uses electronic ink, so you can see it clearly despite glare. Pebble can control GPS and smartphone applications such as Spotify, to modify playlists. The user also receives notifications of messages, calls and emails. By using ebook technology for the screen, the battery lasts up to a week. It costs $ 150 (€ 117). Sony SmartWatch, a watch for Xperia

A manufacturer of smartphones (among many other electronic devices), Sony has overtaken the rest of the industry, or at least the big brands, and has launched its own smartwatch. The initiative is intended to complement its line of Xperia terminals, although the device also supports the Android system in general. It features a multi-touch OLED screen with enough functionality to control applications.

The Sony SmartWatch allows applications to be downloaded through which you can read messages and check e-mail or social networks. You can also control music and access information such as the calendar. Public reception, however, has not been as enthusiastic as expected. There have been complaints about screen deficiencies. Its price is € 129 This model, manufactured by ConnecteDevice, could pass for an ordinary analogue watch. Looks are deceiving, however. Beneath its exterior is an LCD screen that allows you to control certain functions on your smartphone. There is an app for iOS and equivalents are planned for Android and Windows Phone.

Cookoo provides access to calls and message notifications as well as other information from the calendar and alarm. It synchronizes with your smartphone or tablet and allows you to locate them. Its battery is long-lasting, avoiding the hassle of having to constantly charge it. This watch is sold for $ 130 (€ 101).

This watch is manufactured by the Italian company I’m and aims to provide a comprehensive smartwatch concept. I’m Watch has its own operating system, Android, with an app store launched by the manufacturer. The version of the software is the obsolete 1.6, though, and the applications are not adapted to the watch. The device retails at € 349 euros, a far higher figure than other similar products on the market. Metawatch, minimalism in a watch

This smartwatch is available in nearly ten designs. But they are all essentially identical. Like the Pebble, the screen uses e-ink, so its battery can go for practically a week too. It shows the time, but also displays additional information, such as temperature or weather, and notifications from your smartphone.

Metawatch is compatible with iOS and Android, and can link with them to control music, alarms and the calendar widget. It shows notifications when the user receives calls and messages, but alerts from social networks are still under development. It sells for $ 179 (€ 139). 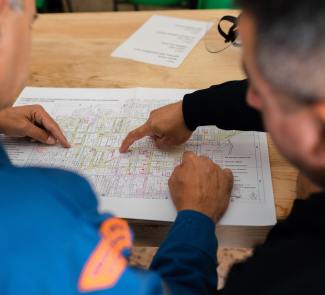