There are (other) search engines beyond Google. Although Google has a market share of more than 90% in Europe – its domination is not quite so overwhelming in the US – brands such as Bing or the ‘old’ Yahoo are also well known. But there are other options apart from those direct rivals. One of the alternatives that is enjoying the most success is DuckDuckGo, which passed the mark of 1 billion searches in 2013. This search engine is built on a model that prioritises privacy above all, and has become a magnet for users who are concerned with it.

Its progress since 2006 has accelerated in recent years. This trend has increased in part thanks to the scandal generated by the leaks regarding PRISM by Edward Snowden. The use of the search engine increased exponentially from 1.5 million to more than 4 million unique searches per day in just 4 months. 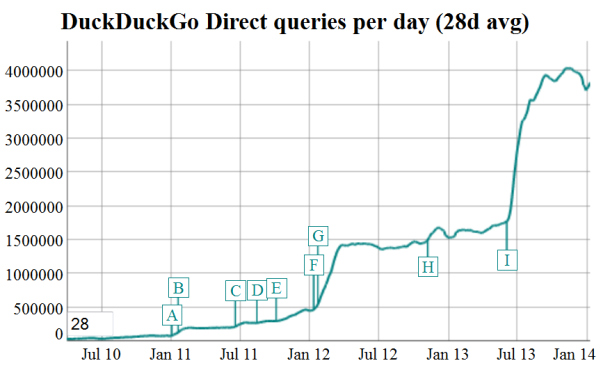 DuckDuckGo provides user encryption by default, something that Google didn’t do until September 2013, which means that the personal information generated by the searches is not available to third parties. The search engine doesn’t store any type of personal information such as IP address, which would make it possible to segment by location.

Another advantage of this search engine is that it avoids what is known as the “filter bubble”, the personalised or segmented information that each user receives when they run a search. The personalised results that are offered by Google have the advantage that they offer each user information related to their interests, but at the same time, this has the perverse effect of preventing users from learning about different points of view. It’s easy to see how the filter bubble works by just running the same search from two different users in Google.

The alternative search engine sets itself apart from Google and other tools based on its concern for privacy; by not storing information on searches and clicks, DuckDuckGo offers results that haven’t been run through the personalisation filter, which is a veil that has a much greater impact than you might think. But it’s not the only search engine that does this; Startpage and Ixquick claim to be just as discreet. For now, the 1 billion searches in 2013 are small in comparison with the trillion searches per year run by Google, but the Dutch company’s wager on privacy has already made a dent in the market. 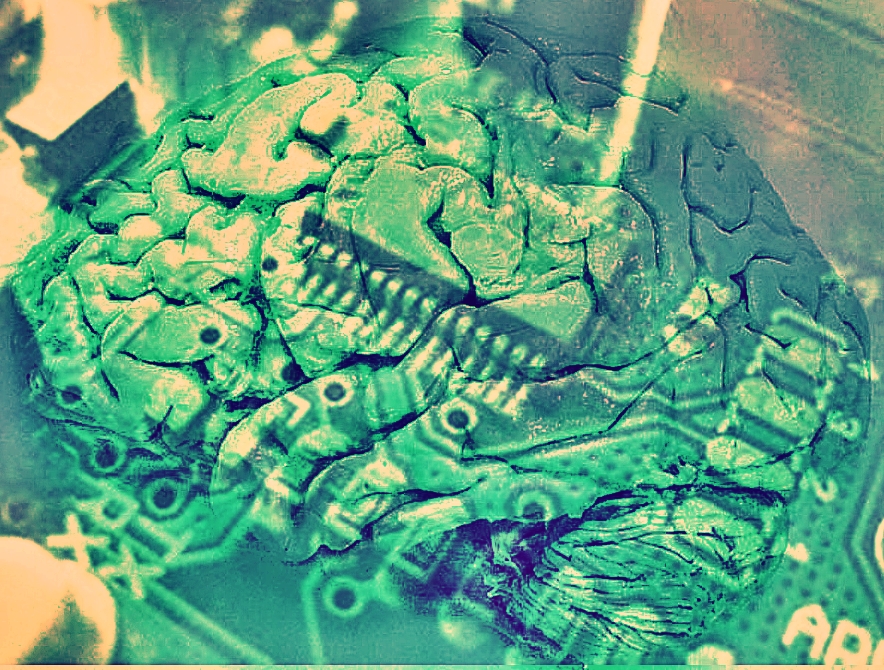