Scientists at Johns Hopkins University describe the biological processes used by cancer with mathematical models. Game theory could be used to fight against metastasis

Game Theory is a field of applied mathematics that formally and abstractly studies the optimal decisions that adversaries should make when they are faced with a ‘conflict’. Based on these models, each person will make a choice considering the actions that the others will take. And although it has a very strong economic and mathematical slant, it is also used in biology and can even be applied to fight cancer.

Founded formally by mathematician John von Neumann, the typical case in which game theory is applied is the so-called ‘prisoner’s dilemma‘. This classic problem goes like this:

The police arrest two suspects. They don’t have enough evidence to convict them, and after separating them, they visit each one and offer them each the same deal. If one confesses and his accomplice doesn’t, the accomplice will be sentenced to the full jail term, 10 years, and the first prisoner will be freed. If he keeps quiet and the accomplice confesses, the first prisoner will receive the full sentence and the accomplice will go free. If they both confess, they will both be sentenced to six years. If they both deny the charges, the worst that would happen to them would be that they would be locked up for six months for a minor charge.

The incentive that the prisoner would find to deny the charges is exceeded by the threat of punishment (that the accomplice confesses and he’ll go to jail for longer). The application of game theory in biology normally refers to the study of evolution. In this case, the players (the prisoners in the dilemma) are not rational, because we don’t decide on strategies that can be chosen, but rather are inherited based on our genetics.

The results of evolutionary game theory are not shown in years of jail time, but rather reproductive capacity. And since the use of these models can be applied to biology, it can undoubtedly be extended to other types of research. This is exactly what scientists at  Johns Hopkins University were thinking when they started to visualize tumour processes from the perspective of game theory.

Cancer, which was responsible for the death of 10 million people in 2012, according to the  World Health Organization, certainly can’t be seen as a ‘game’. But the scientists at Johns Hopkins decided to apply some of the ideas of evolutionary game theory to understand the changes and stages followed by tumour cells.

Their strategy was to determine how cancer cells cooperate with the goal of bringing together more and more energy. In the words of  Kenneth J. Pienta, these experiments could make it possible to determine the best time to attack a tumour once metastasis has occurred. The application of game theory to cancer would make it possible to identify the most ‘vulnerable’ times for cancer cells, in other words, when they are most sensitive to anti-tumour drugs. At present, metastasis is incurable, which means that once cancer has spread from the primary tumour to other parts of the body, it is very difficult to guarantee the patient’s survival.

Based on the different metabolic strategies, cancer cells mutated (in other words, they changed some pieces of their genome to adapt to the new environmental conditions). In this context of strategy-change evaluated using game theory, scientists identified the phases during which the cancer could be more susceptible to attack by different therapies.

Describing the biological processes using mathematical models could, in theory, give us clues as to how to advance in medical treatments. This innovative application of game theory may, in the future, help develop more solid therapeutic weapons to fight against metastasis, and finally win the battle against cancer. 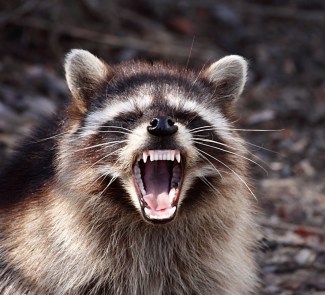