Hopscotch: an application to teach kids how to program

Hopscotch: an application to teach kids how to program

The Hopscotch application draws on the game that gives it its name to teach children programming concepts.

The world of applications today covers many different fields. In the early years of smartphones, the available software essentially provided communication functions and utilities; soon it moved on to games, and general entertainment. From there, it has branched out into areas like personal health and educational apps. The latter group includes Hopscotch, which is aimed at giving kids a fun and intuitive introduction to the world of programming.

Hopscotch, which is available for iOS, takes its name from the popular children’s game, along with the inspiration to teach kids basic notions of programming. The software offers a simple way to learn, using different-coloured blocks (thus the comparison with hopscotch), which each carry out a function or command.

The application is based on the Scratch programming language, cooked up by MIT and aimed specifically at developing applications that allow children to learn how to program easily. Hopscotch is designed to allow users to create games and define characters by placing blocks. 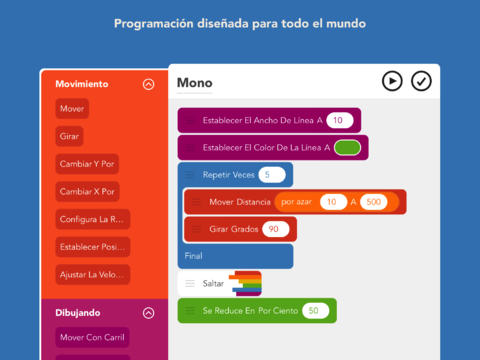 The goal of the software is to provide an entertaining environment that in and of itself can be used as a way for the child to play. It is an intuitive system that lets kids create animations and even games. This means that children learn to create their own games by playing.

Hopscotch has a series of available characters that can be programmed to move in certain ways and carry out certain actions. They can even be given rules for interacting with each other or making drawings. To control them, the child can shake or tilt the device, and even yell at the character to make it react. Each modification that is made by placing a block can be previewed to see how it affects the creation as a whole. 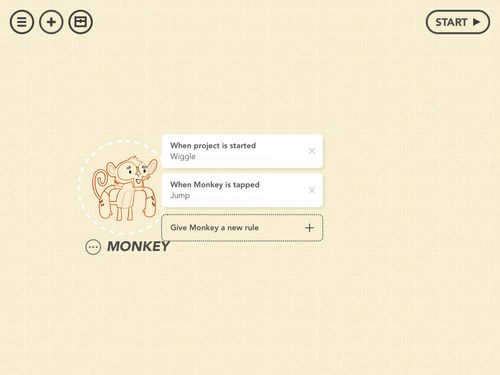 Scratch, the language from MIT to teach children to program

To supplement these functions, Hopscotch also lets you see what other users around the world have created with the application, so the experience can be even more enriching. This software is one of several that have taken advantage of the capabilities provided by the Scratch development language.

But it’s not the only one; the iPad app Tynker also offers an environment based on the same technology that is designed to help kids exercise their programming skills. In this case, the puzzle format is used, which improves spatial vision and the ability to recognise patterns.

Scratch, the option they are working with at the Talentum Schools, is perhaps the most widely-used language of its kind, but there are others. MIT has also created App Inventor, which is aimed at development on smartphones and tablets, with the specific characteristics that this involves. Even Microsoft has launched its own initiative with a simple visual environment called Kodu.