Microsoft has joined forces with Intel and hardware manufacturer CircuitCo to create its own alternative to Raspberry Pi. Dubbed Sharks Cove, it has been designed for software and hardware developers focusing on the Windows and Android ecosystem.

Raspberry Pi was launched with the ridiculously low price of barely 35 dollars per unit and the idea was taken up with great eagerness in many more places than just the education sector, however, given that it instantly won over IT developers and enthusiasts.

It is inevitable that many have followed in the footsteps of Arduino and Raspberry Pi, hence the appearance from different brands and companies of some interesting alternatives to the 35-dollar mini computer. Microsoft has also now elected, a couple of years later than Raspberry Pi, to launch its own substitute, although its offering differs considerably as regards hardware and price.

Sharks Cove is the single-board mini PC designed by Microsoft in collaboration with the manufacturer CircuitCo and Intel (oddly enough, as these have their own alternative to Pi). Its hardware is far more powerful that that used by Pi; consequently, it is also much more expensive. According to Microsoft, Sharks Cove is designed for more demanding developers and programmers who are going to create both hardware and software for Windows and Android, and this is why the device includes superior components to those of Raspberry Pi or any of its alternatives.

Starting with the processor, Sharks Cove incorporates a four-core Intel Atom Z3735G, running at 1.33 GHz, which will work with 1 GB RAM, integrated Intel HD graphics and a basic storage capacity of 16 GB that can be increased through the microSD slot (as with other micro computers). It can only connect to the internet through an Ethernet port and has different basic connection ports, including USB, a 3.5 mm jack for speakers and HDMI for a monitor.

A very interesting aspect of this mini PC from Microsoft is that it also includes a licence for the Windows 8.1 operating system and is therefore in theory ready, once and for all, to offer developers all they need to work with interfaces such as GPIO, I2C, UART, SDIO, USB and MIPI.

Sharks Cove costs 300 dollars and is already available; once again, the price is fairly high if we compare it with the Raspberry Pi or any of its alternatives. Yet it must be borne in mind that this is not a single-board computer aimed at the masses and schools and at evangelising computer science and interest in programming, in the way that Pi is. No, in the case of Sharks Cove, we have a mini PC targeting another type of audience – developers – and it creates quite an impression as a pretty interesting alternative with potential for creating new hardware, applications and controllers for Windows and Android. 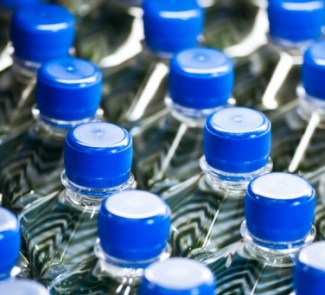