When Jack Dorsey founded the small start-up, Obvious, in San Francisco, there was little reason to believe that that company would give rise to one of the most successful ideas in the world of 2.0 communication. On March 21, 2006 Twitter was born, a seemingly simple social network, which was based on facilitating the exchange of messages of less than 140 characters among users.

One of the advantages of Twitter is that it can be used for many activities from transferring business to the web in order to manage a client portfolio, to the disclosure of current news to strictly personal use. But what are its advantages over other communication channels, such as Facebook or Pinterest?

The network designed by Mark Zuckerberg beats the other two as far as the number of users, since according to the Social Media Statistics 2013 study, more than a billion people are connected to Facebook. However, Twitter and (to a lesser extent) Pinterest are networks used by a smaller percentage of users, who belong to a lower age group. It is likely that these data will change during 2013 , because although the number of people using these networks is different, Twitter has taken more precautions on issues important to users, such as privacy. 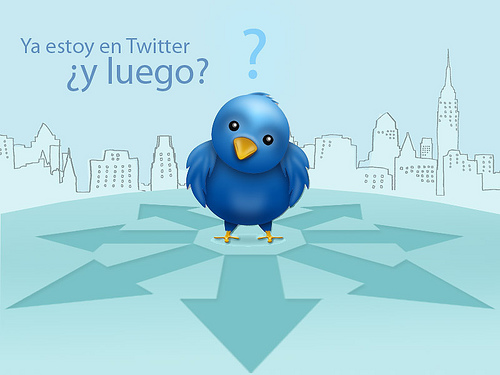 Perhaps the key to the success of this microblogging network is based on its ability to adapt to different circumstances. We no longer use Twitter just to discuss the latest political news, we now complement its use with our photos on Instagram and take advantage of discounts obtained through Foursquare. But Dorsey’s idea intends to go further, to work its way into each facet of our daily life: in education, science, transport, finance.

Twitter complements other applications aimed at managing tasks, like the Remember The Milk app, and is a basic platform for tracking events through the Trending Topics and hashtags.

The key to this network is that it has allowed more people to connect in real time, regardless of the physical distance that separates users. But what no one could imagine, not even Evan Williams, who co-founded Twitter with Dorsey, was how such a seemingly simple idea  could generate such a big channel of communication.

Educating with tweets is possible

In  Junior High, Don Quixote can be hard to read. However, the desire to “bring new technologies and the responsible use of social networking and education 2.0 to students” made  The Quijo-tweet Project. possible, in the words of Sergio Tejero, professor at the Ekialde Institute of Vitoria.

The main objective of this Basque initiative is not to read Cervantes’ work, but to learn basic language tools, such as making synopsis and improving reading comprehension. To this end, each student is assigned a chapter of Don Quixote, which he or she must then summarize in a tweet of 140 characters, and which, once corrected, is uploaded to the  @ ElQuijoTweet project’s official account.

A similar idea came from the National Centre for Biotechnology. Would it be possible to live broadcast a scientific experiment as it was being conducted? In an attempt to answer this question, the spokesperson Alfonso Mora and researcher Elias Herrero joined forces to capture and transfer cell manipulation with optical tweezers to the network. The initiative achieved a good impact on Twitter, arousing the curiosity of those who followed the experiment throughout the day.

The use of geolocation for transport mapping has made much use of Twitter, which has seen a very powerful source of information for creating cartograms in user posts. Would you have thought that from the texts sent by Twitter users we could have real time traffic maps of a specific region?

But the possibilities of 140 characters does not end here. What if we could pay through our next tweet? It’s not science fiction. Named as one of the best business ideas of 2010 by TechCrunch, Pay With A Tweet is an innovative social payment system, which revolutionizes economic ideas and traditional advertising. The value of communication and marketing 2.0 has reached such an impact that nowadays, being publicized on social networks may be more important in the cost-benefit ratio than in direct monetary value.

Examples like Warner Bros selling music of artists such as Bruno Mars for tweet payments, or the Swedish Postal Service, which offers a book on social media in exchange for advertising on Twitter, exemplify the paradigm shift that marketing implies for all industries.

The power of Twitter is based on the notion that we can enhance all those new ideas that occur to us through this microblogging platform. Who knows if our business project will grow in parallel with this social network? Maybe this is the way that will allow an international collaborative initiative to develop ? The key to their success, as Harvard professor and Internet expert Jonathan Zittrain, would say is that “it seems ill-conceived, as if it were half done”. It is our creativity that will make the ideas that occur to continue building on the network grow into much more than 140 characters.

Creative ways to use NFC on your smartphone