Japanese researchers have discovered a new technology that could lay the groundwork for the next generation of safe batteries, especially in terms of flights.

The widely-publicized incidents that have taken place during flights, when certain mobiles have caught fire or exploded due to the conditions in planes, are caused by the batteries in the phones. These lithium-ion storage sources, which have evolved much more slowly than the other hardware for mobile devices, are the object of research projects around the world to lay the foundations for the next generation of batteries, which will last longer, charge faster, and of course be safer.

Researchers at the University of Tohoku in Japan have been focusing on the latter aspect. They’ve created a type of solid-state battery that uses lithium borohydride, a compound that up to this point could only be used at high pressures or temperatures. To make the lithium borohydride molecules stable under normal conditions, scientists inserted them into a potassium iodide lattice.

This allowed the mixture to withstand normal temperatures in a solid state. The research team also discovered that Li+ ions work like pure Li+ conductor ions, even though they are combined with the potassium iodide. This discovery holds so much potential that the Japanese have already started thinking of the possible application in a new type of safe battery.

There’s still a lot of work to do, but this mechanism, which works based on lithium borohydride, lays the groundwork for an attempt to create a new generation of batteries that are safe in a solid state, and that will be considerably safer than existing batteries. And the thing is that its components would be more stable and less sensitive to changes in conditions, such as those that can occur during a flight.

Safety is one of the branches of battery research, and area in which the new developments have not yet appeared commercially. The work on self-recharging batteries, in an attempt to take advantage of any mechanical energy to convert it into electricity and store it, as well as on quick-charging batteries that would reach their maximum level in just a few seconds, are innovations that still need to mature more. But the seed has been planted.

We all know that solar energy is an unlimited renewable energy source that doesn’t produce CO2 emissions or other gases, because it doesn’t consume...
Miguel A. Perez

It looks like petroleum’s days are numbered, at least in Sweden. This time, it’s the Swedish government that is taking the matter into its hands;...
Miguel A. Perez 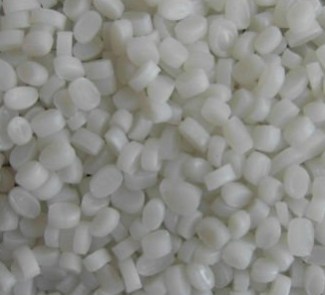