With just five days to go until the end of the year, we present a compilation of the most successful posts of 2013. If you missed them the first time around, we invite you to take a look now.

For many of us, the holidays bring with them a feeling of nostalgia and homesickness, and we take stock of the year that is coming to a close, the good and the less good… At Think Big, we also have those moments, and we took a look back to find the most popular posts of this year (2013) that we are about to bring to a close. From 13 to 1, here is our «top thirteen».

This year, the spotlight was on 3D printing, one of the topics that we talked about most on the blog during this year. And the fact is that with one of these printers and the proper plans, you can build anything from a lego piece to a musical instrument, spare parts or any object that you can think of. And so, the number 13 spot in our ranking goes to the story of Easton LaChappelle, a student who designed a low-cost robotic prosthetic using 3D printing.

The Raspberry Pi foundation was looking for a way to promote the study of computing and make learning fun, focusing on a school environment. The culmination of this goal was the device by the same name, with incredible versatility for its price (just over 25 euros) and size (9x6x2 centimetres). This device, which consists of a motherboard that is free of all elements that are not essential for a computer, is not the only one with these characteristics. At number 12, we present five alternatives to Raspberry Pi. At number 11 of our list, is a post on 5 incredible modes of transport that will arrive in the future. The most significant technological advances in current methods of transportation have been aimed mainly at improving the safety systems, increasing power and speed with less fuel consumption, and the introduction of new sources of power as alternatives to petroleum. The new technological developments of the transportation of the future will be based on autonomous driving, the rise of individual transports and the development of collective intermodal transportation.

Throughout the year, we have kept you up to date on all of the new devices, their capabilities, features, etc. At number 10 we have an article on the advantages that will accompany the arrival of flexible smartphones, which we hope to see soon, and of course have access to. Samsung has been a pioneer in this area, releasing the first examples of flexible displays and the first bendable terminal; although LG, not to be left behind, has designed its own model. Materials such as the much talked-about graphene have been trumpeted as the hope that will give rise to a new generation of flexible devices. We continue with the post in the number 9 spot of the “top thirteen”, which is once again about graphene. In this case, it has been used to create car batteries that will recharge in just 16 seconds. While this is amazingly fast, it’s not the first time that we’ve heard about energy storage systems capable of recharging in just a few seconds. The same was true of a brilliant invention by a teenager, a supercapacitor that charged a mobile phone battery in 20 seconds.

Smart watches will undoubtedly be one of the top gifts this Christmas. These devices, which may give the impression of being mere futuristic gadgets, are waiting to get the commercial nod from Apple. At number 8 of the most-read posts of the year, we talk about five that are already on the market. And we continue advancing in the ranking. At number 7 we have a selection of the best tablets of 2013. We present nine of them, from different brands and with different platforms and prices, so that if you haven’t picked one yet, you can do it now, or wait until 2014.

In the number six position of our countdown, we debunk some technology-related myths. Do you still believe that your Mac is not exposed to viruses? Or that the quality of digital cameras is measured by the number of megapixels? If they ask you who invented the telephone, you’re probably going to be wrong, because it wasn’t Alexander Graham Bell. We’re heading into the home stretch of the “top thirteen” of the Think Big Blog.

Number 5: As we said at the beginning, 3D printing has been one of the year’s hottest topics. Proof of this is the success of the posts that we’ve published about this technology and about all the things that we can use it for. But there are a few things that we might have missed, and there are still many aspects of 3D printers that can be improved. Also, since it is such a recent topic, there are details that get lost in the flood of information that is being generated about it. In this post we discuss 6 things you might not know about 3D printing. Number 4: All televisions today have higher resolution than models from just a few years ago. These days, there are significant differences between the most technologically advanced televisions as compared to mid-range ones, but the aspect that causes the price of televisions to skyrocket has changed: their connectivity. Luckily, there are other ways to turn your television into a smart TV, and here we talk about a few of them. Number 3: If you’ve made the jump to Windows Phone, here we give you a list of the 25 best apps to get you started in the use of the Microsoft platform. We walk you through the different categories: productivity, photography, social networks, entertainment, utilities, etc. Number 2: We know that this post was successful because we could all see ourselves, at some point in our lives, reflected in it. Laptop batteries… Should we take them out? Or leave them in? There have been all types of tips given about their duration and the best way to extend their lives. One of the biggest dilemmas is whether it is worth the trouble to disconnect the charger when the laptop is fully charged. Yes and no: you should disconnect it, but to conserve the battery, you should do it before it reaches 100%. If it reaches this limit, the lithium ion cells are ruined by the high voltages that they are forced to withstand.

Number 1: A drum roll please! Who hasn’t had an idea for an ingenious smartphone application that would solve some pressing problem (or at least that’s what we’d like to think), but unfortunately we don’t know how to develop it? Well, you don’t need to know how to program to create your own mobile applications. For this reason, this post, in which we explain how to create apps without any significant programming skills, reached number 1 in our ranking. You can start creating right now. 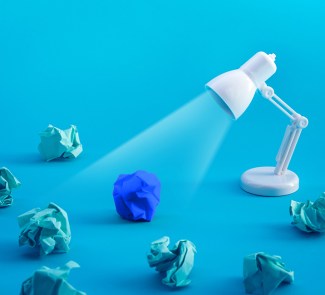 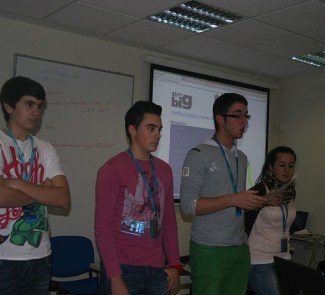 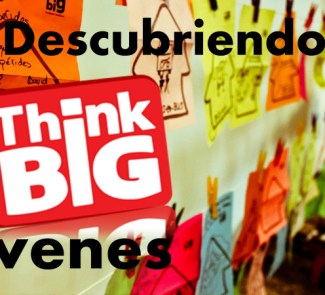